INTERVIEW: ‘My only goal is to win’, says Teignbridge bowls star 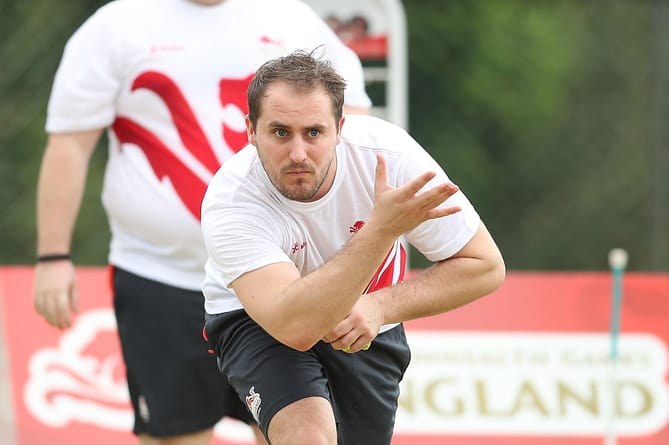 BOWLS and boxing nut Sam Tolchard reckons he has all the tools required to deliver a knockout blow at this summer’s Commonwealth Games.

The Newton Abbot star, 32, is gearing up for a crack at a third Games in Birmingham after bagging bronze medals at Glasgow 2014 and in the Gold Coast four years ago.

Tolchard is a sports fanatic away from the green and hopes taking inspiration from his heroes in the ring can help him banish his bronze medal demons.

‘It will be good to start things rolling and gain some momentum ahead of the Games – we’re improving as a unit as we go towards the Games.

’The only goal is to win and be at the top of the podium. Everyone wants a medal, which is great at the time and you think will be good, but I’d like to think I’m a winner.

‘If you finish in second and third place, you might as well come last.

’That’s my only goal – to win – and everything we’re doing is to win and towards medalling.

’Bowls is my sport – but I watch anything. I’m a massive boxing fan and follow it religiously. I’m also into golf and played a lot of cricket when I was younger, so am right into that too.

’He’s got good feet and hand eye coordination – if you put a bowl in his hand I’m sure he’d figure it out fairly easily!’

Tolchard grabbed bronze in the Pairs alongside Andy Knapper in 2014 before claiming the same colour medal in Australia with David Bolt, Jamie Chestney and Louis Ridout in the Fours.

Seven national titles have capped a decorated career on the green with Tolchard – son of the late Devon cricketer and umpire Ray Tolchard – one of the undisputed stars of the English team.

The sport’s profile is continuing to gather momentum and at the end of this month, over 750 clubs will open their doors for innovative bonanza Bowls’ Big Weekend.

The weekend functions as a great opportunity for families to enjoy the sport casually together and Tolchard hopes it can lay the foundations for a golden bowling summer.

He added: ’This summer marks a home Commonwealth Games, which makes it a bit different to the others I’ve competed in.

’The home crowd make it really positive and it should be our best chance to ever win.

’It’s a massive opportunity to grow the sport and game – hopefully, it won’t just be us as athletes being successful and the spirit can move with that and to an even better place.’