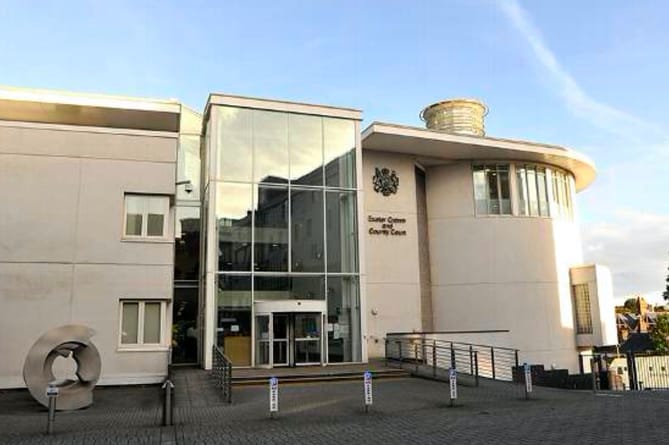 A SMALL-time drug dealer was caught red-handed as he walked through Newton Abbot on his way to meet a customer.

Keith Beer had £80 worth of heroin with him and £170 cash when police stopped him in Lemon Place and officers found another £3,000 worth at his parents’ home nearby.

He had bought the drug in bulk and was selling half of it to find his own habit, Exeter Crown Court was told.

Beer, aged 51, of The Avenue, Newton Abbot, admitted possession with intent to supply and was jailed for 18 months, suspended for two years and ordered to receive nine months of drug rehabilitation by Judge David Evans.

He told him: ‘You were interviewed by police and said you were stopped en route to sell drugs and you intended to sell half your drugs and use the money to feed your own very expensive personal habit.

‘You said you had been doing this for about 12 months, but the prosecution chose to charge you with possession with intent on one day.’

The judge noted that Beer is already working with the addiction service Together and ordered him to return to court for monthly reviews of his progress on the rehabilitation programme.

Mr Nigel Wraith, prosecuting, said police became suspicious of Beer in Lemon Place on March 19 last year and noticed him drop a package as they approached him.

It contained four £20 deals and he had more drugs with a total weight of around 30 grams and potential street value of £3,000 at his room in his parents’ home.

He had £170 cash and two mobiles, one of which had drug messages, despite its memory having been deleted repeatedly.

She asked the judge to follow the suggestions of a probation report which said Beer is remorseful, keen to change his way of life, and suitable for a rehabilitation requirement.