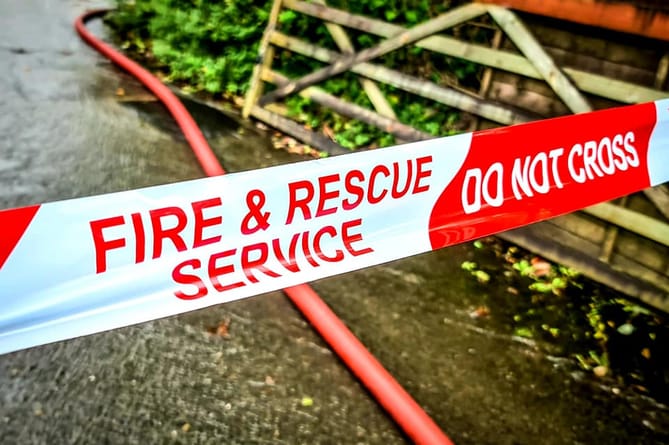 FIREFIGHTERS from Ashburton and Buckfastleigh joined crews from nine stations to battle a blaze at an industrial unit this evening (Monday).

Due to the number of calls five fire appliances and an Aerial Ladder Platform were sent to the scene.

A Fire Control spokesperson said: ‘On arrival crews confirmed a fire involving an industrial unit, which was well alight, and spreading to adjacent units.

‘The officer in charge requested a further three fire appliances and these were immediately sent on along with a Welfare Unit and Incident Command Vehicle. ‘The fire is involving a single storey industrial unit, measuring 30 meters x 15 meters used for cardboard packaging.

‘This incident is still ongoing. Further updates will follow.’