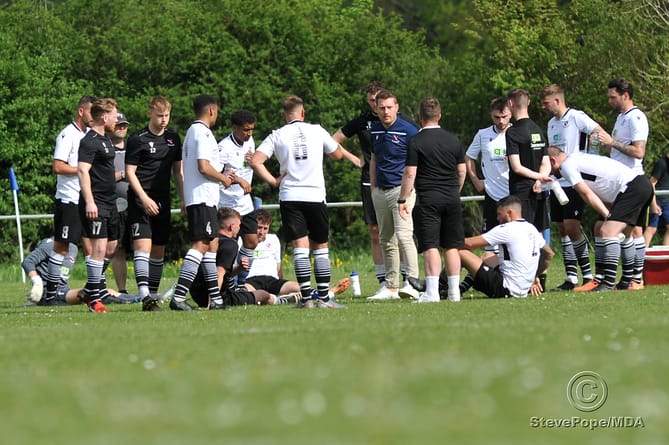 Action from May 7 - McDonald’s League Cup final between Teignmouth and the University of Exeter. (Steve Pope/MDA )

TEIGNMOUTH Rugby Football Club (RFC), a permanent fixture in Teignmouth since 1874, have a jam-packed day of festivities planned for Her Majesty’s Platinum Jubilee.

On Saturday, June 4, Teignmouth RFC will be holding a special picnic at their Bitton Park ground to honour Her Majesty’s 70 years on the throne.

The club will be hosting a Jubilee ‘Picnic on the Pitch’, where members of all of the towns sporting clubs and associations will be invited to dig out their picnic baskets and blankets and join the club on the pitch for some communal feasting and carnival games.

Invitations have been sent out to 30 local sports and community clubs, with the express purpose of thanking the members and volunteers of this clubs for their work in keeping them going as well as celebrating Her Majesty’s many years of service.

The picnic, which kicks off at 12 noon, will be followed by a range of carnival games, such as tug-of-war, egg and spoon race, sack races and much more, from 2pm until 5.30pm.

Those attending who prefer to watch sport and games rather than participate, the final Premiership league games of the season, including a potentially all-important game for Exeter Chiefs as the side take on current champions Harlequins, will be shown in the clubhouse with the onsite bar open all day.

From 5.30pm until 7.30pm the masses will be treated to a barbecue and then, rounding out proceedings, will be a DJ set from 6pm until 10pm.

The club’s volunteers have also been busy creating a floral tribute the Queen and many local businesses have already got involved.

The Rockpool Deli, for example, is providing food for the picnic plates for prospective picnickers to purchase if they don’t have their own while Mary Poppins Balloons will be on hand to help with the red, white and blue decorations.

Priding itself on being a family club, Teignmouth RFC has provided both sporting and social opportunities for Teignmothians young and old.

The club has produced three full England internationals over the years including Sam Simmonds who currently plays for the Exeter Chiefs.

For more information and to find out how to get involved on Saturday for the club’s Jubilee celebrations, send an email to - [email protected]