Outgoing mayor thanks townsfolk for their support 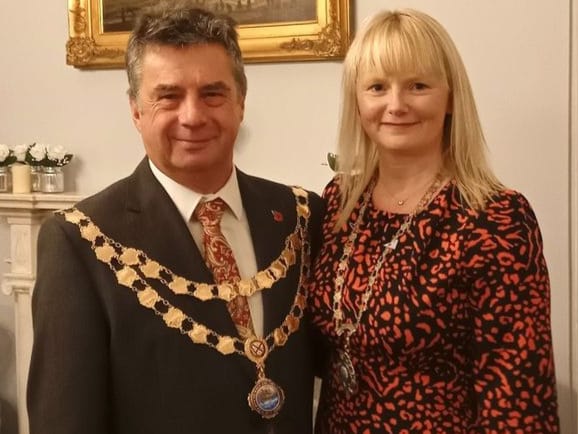 OUTGOING Mayor of Teignmouth Peter Williams has thanked the people of the town for supporting him during his term of office and through the Covid pandemic.

Cllr Williams, who served as Mayor for two 18 month terms due the crisis, also thanked his wife Cate, a fellow Teignmouth town councillor, for her help.

He suffered from Covid and has been working at his carpet business alongside his mayoral duties despite the effects of long-Covid.

He said: ‘Cate has supported me all the way, she’s been absolutely brilliant, especially through my illness.

‘We have met a lot of great people and made a lot of new friends.

‘During the pandemic we found new ways of doing things and that has been really encouraging.

‘So I thank Cate, fellow councillors and above all the people of Teignmouth.

‘I wish the new Mayor well and all the best as I sail off into the sunset.’

Cllr Williams is staying on as a town councillor for the time being and will carry on his duties after being asked to retain his position.

The vote in the council chamber was contentious as his wife Cate had also stood for the position of mayor.

The final vote was five to five so Cllr Peter Williams was left in the position of having to make a casting vote.

Cllr Cate Williams decided to stand down froom the race but her husband said she was ‘very, very upset’.