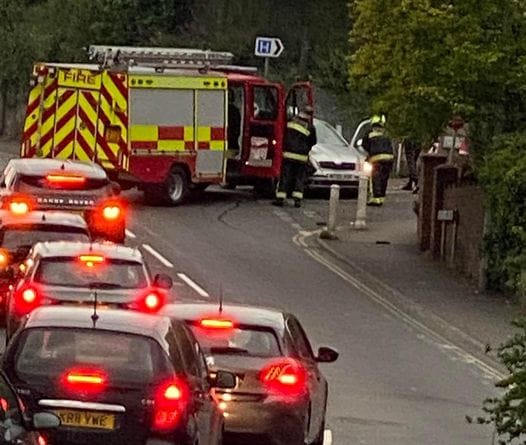 A FIRE appliance was involved in a collision with a car in Teignmouth.

The accident happened in Bitton Park Road at about 7pm on Tuesday.

One person was taken to hospital after the crash which happened when the fire crew was answering an emergency call and had blue lights flashing and sirens.

Police, who were called to the scene along with an ambulance crew, confirmed reports of the accident.

UPDATE: Missing Jane Groome has been found safe and well

A spokesman said: ‘We received reports of a collision between a car and a fire engine in Bitton Park Road Teignmouth, at about 7.10pm on Tuesday May 3.

‘The ambulance service also attended and the driver of the car was taken to hospital with a suspected broken collar bone.

Traffic in the area near the crash was held up.